Considered the father of microbiology Louis Pasteur (1822-1895) is remembered for the many breakthroughs in the prevention of disease such as the pasteurisation of milk and of course the development of the rabies vaccine.  If that was not enough his great legacy today is the Pasteur Institute of which he remained its head until his death.  One of the microbiologists he sent out in the world
was Alexandre Yersin who discovered the bacillus responsible for the bubonic plague and later identified and vaccinated against the disease which was named after him - Yersina pestis.  He set up the Nha Trang Pasteur Institute in Vietnam which specialised in the study of animal disease.  The stamp shows his house on the Lam Vien Plateau in the Central Highlands (today a museum) and the land where he grew rubber trees (which funded his work) when he wasn't running an expedition off into the jungle.  A Swiss by birth but naturalised French he spent most of his life in Vietnam so all three countries have celebrated this genius on their stamps.  Ever intellectually restless he packed enough in a lifetime for three and I can't resist plugging Patrick Deville's novel Plague and Cholera - a wonderful introduction to his life and times.
Another of the Pasteurians was the immunologist and microbiologist Dr Jules Bordet (1870-1961).  After working at the Pasteur Institute in Paris he left to found the Pasteur Institute in Brussels. Later winning the Nobel Prize for his discoveries on immunity and the role of antibodies A bacterial genus would be named after him  - Bordetella pertussis, the cause of whooping cough. 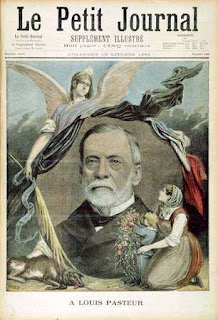 Sunday Stamps II theme this week - Father figures - See It On A Postcard.

Great stamps, and an incredible medical pioneers, given that uncountable lives must surely have been saved by antibiotics.

I wonder what they would think about the problem of antibiotic resistance in today's medicine?

A timely choice. Will any one person be remembered for the coronavirus vaccine, I wonder?
I have this book, though I have yet to read it.

I agree timely choice, and perfect for the theme.

I got one of the Yersin stamps, featuring him as a younger man (from France). I like the whole joint issue.

I thought of Pasteur but had no stamps. In hindsight Alexander Fleming is one I could have used.