Sometimes called the "largest classroom in the world" the Australian School of the Air celebrated its 50th Anniversary with this stamp and maximum card.  Originally the school produced 3 sessions a week on it own radio frequency with teacher broadcasting from 2 studios in a purpose built school for children in remote areas of Australia.  Teachers travelled thousands of miles each year visiting each one of their students.  In 1992 the service expanded to include television content, then research on the world wide web  in 1995 but still the radio remained the most important tool.  The last HF radio lesson was conducted in 2005 and now the service has interactive distance learning via satellite broadband internet.

I can remember as a child being fascinated by the School of the Air as it occasionally featured in stories of the outback.  I would have loved this little corner of study especially if Skippy the Kangaroo was hopping around outside trying to warn me someone had fallen down the mine.  Of course it might have been trumped by the other schooling fascination, boarding school and midnight feasts - a staple of comic strips.
My grandfather used to buy me a Bunty and a Barley Stick every Saturday. The latter was a stick of barley candy with a core of chocolate, bliss.  I've never seen them in modern day sweet shops even the retro type. The Bunty stamp  (bottom left) features the Four Marys of St Elmo's Boarding School drawn by Barrie Mitchell which ran the life of the Bunty magazine from 1958-2001. 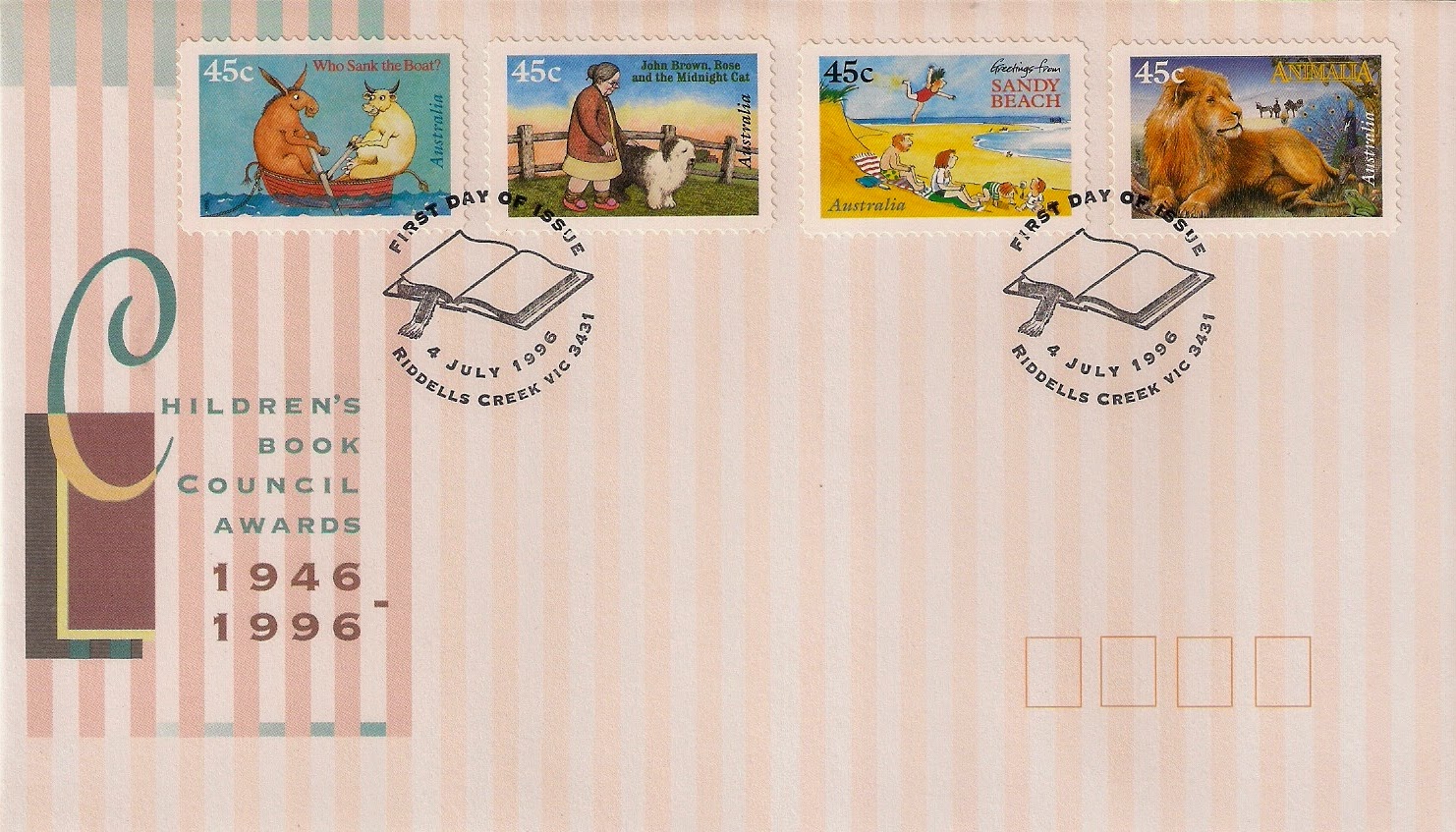 Returning to Australia they honoured books in the Picture Book of the Year category of the Book Council Awards which had become contemporary classics.  The 1996 postmark of Riddells Creek is because it was home to the Dromkeen Museum of Children's Literature which was housed in a 19th Century homestead. Since the FDC it has been relocated to the state library of Victoria in January 2013 although there will still be exhibitions at Dromkeen itself.  I'm not familiar with any of the books on the stamps but

lets take a look. From Left to Right is - 1) Who Sank the Boat? by Pamela Allen. A rhyming book about 5 friends, a donkey, a cow, sheep, pig and mouse go for a boat ride  and enter the boat from biggest to smallest each one lowering the boat in the water.  I wonder which one will sink the boat?  2) John Brown, Rose and the Midnight Cat about a widow and her sheepdog John Brown 3) Greetings from Sandy Beach by Bob Graham about a camping trip and lastly 4) Animalia by Graham Base, an illustrated A-Z of animals with poems and other objects of the letters of the alphabet, plus the author hides a picture of himself as a child in each illustration.

Well the sun is up so its time to stop reading go outside and play:
These are from a decades long series of 'Health Stamps' issued by New Zealand post each year which fund holiday relief for children with nutritional and minor physical problems, first issued in 1929.
Maybe these potential New Zealand cricketers will play for the national team, the Black Caps, or the women's cricket team, The White Ferns named from the New Zealand sporting emblem. 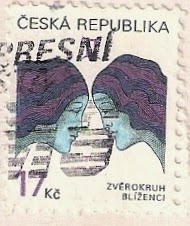 I was sure I had some zodiac sign stamps with star constellations but it looks as though those must have been in my imaginary stamp collection.  In the real world I could find just two from a set  issued in 1998 by the Czech Republic.  Above is Gemini, the twins.  People born under this sign are smart, cheerful, quick witted and charming but can also be gossipy and fickle. Two famous Gemini are John F Kennedy and Queen Victoria. 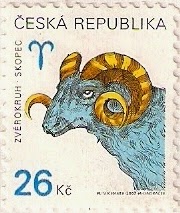 Aries, the ram.  Energetic, honest, adventurous but can also be impulsive and impatient. Famous Gemini are Hans Christian Anderson and Jackie Chan.   As the latter was born in Hong Kong this gives me the opportunity to pad out my lack of western Zodiac stamps with the Chinese Zodiac 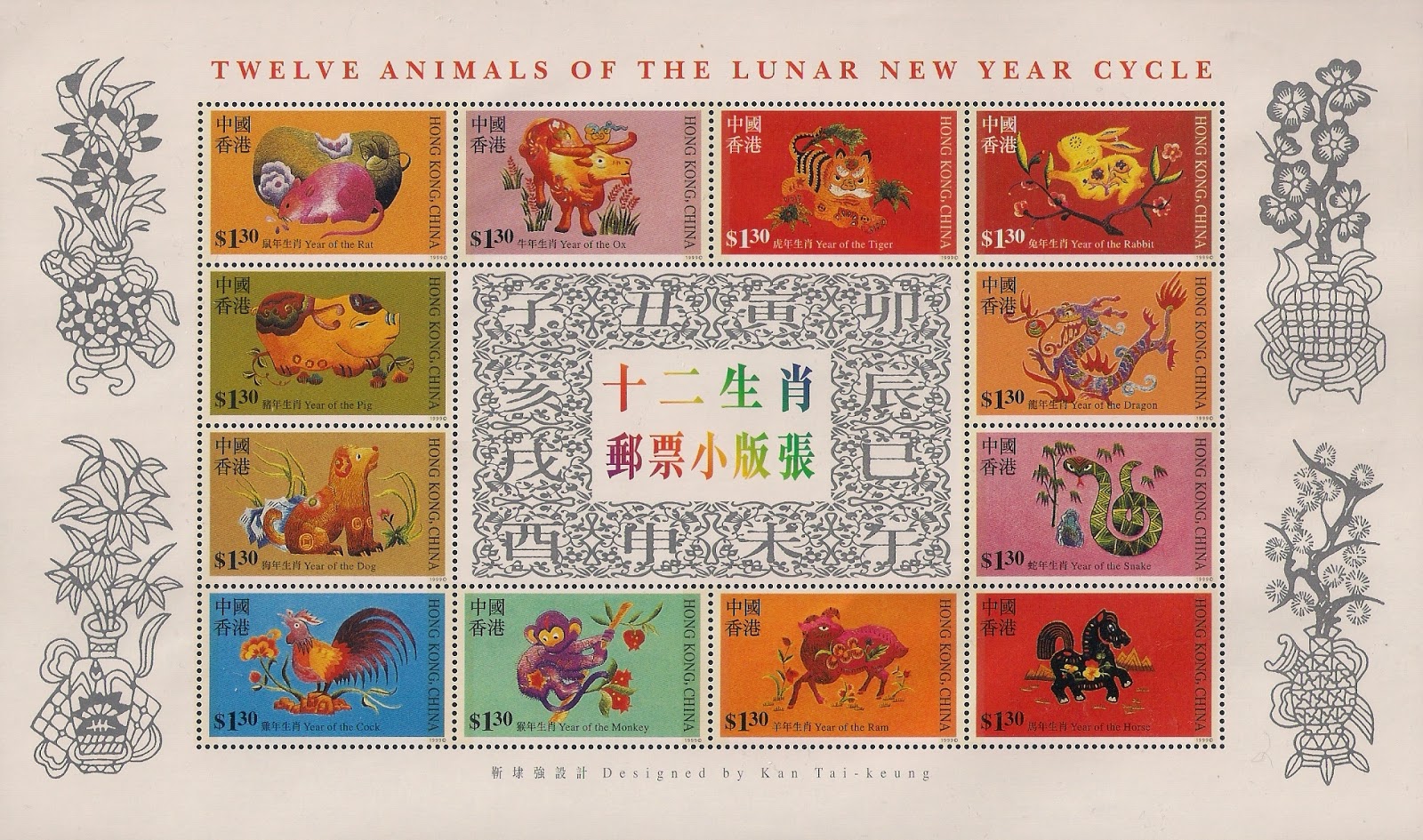 and the "Twelve Animals of the Lunar New Year Cycle" miniature sheet which Hong Kong issued in 1999. I then wondered what Lunar Year Sign  Jackie Chan (birthday 7 April 1954) was born in and discovered it was the Year of the Horse - 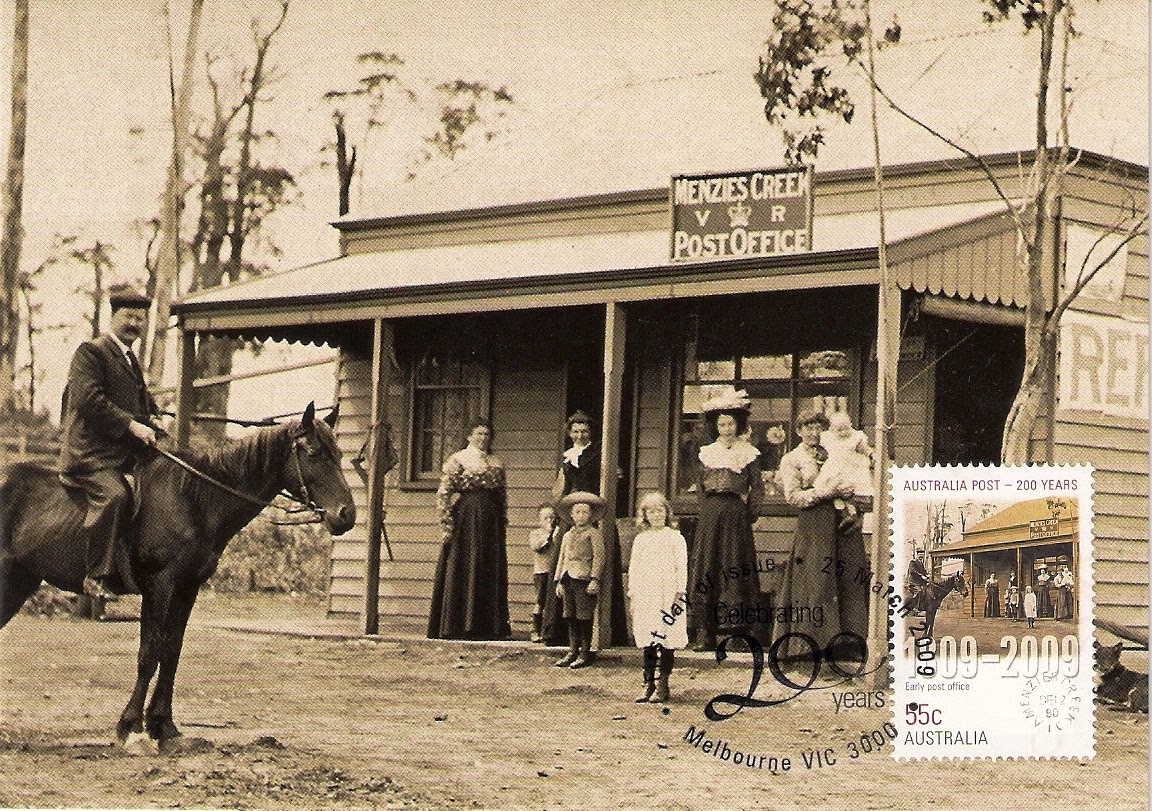 A photograph of the Menzies Creek Post Office around 1900 was the theme of this stamp from the "200 Years of Australia Post" series issued in 2009.  The post office opened on the 2nd May 1887 which was before the country of Australia had issued its first (and famous), kangaroo on a map stamp in 1913. Before that date State stamps were issued to meet the postal needs of the public. Perhaps about the time of the photograph someone in Menzies Creek would receive postcards from Britain with a stamp like this.

I know the postcard rate was a halfpenny at this time, but would that carry it to Australia?  I don't know.
For a more substantial  package maybe a threepenny stamp would be needed
The Menzies Creek Post Office closed in 1980 and if one of their small population (present day numbered 911) was a stamp collector this might have arrived in the post that year.
One of the last stamps issued by the post office counter to their customers would have been the 1980 Australian Birds (2nd series) stamps.

An entry to Viridian Postcard's Sunday Stamps - theme this week Anything You Like and next week "old or vintage stamps of your country" but as I am away again next week I have slipped a couple of this theme into this week.