Its playtime with a purpose in Mongolia, building robots and archery practice.
Meanwhile in Cuba small children seem to be playing with boxes.
This little girl has a basket full of cherries. It is a painting by John Russell (1745-1806), an English portrait painter who worked in oil and pastels travelling extensively around the country, his paintings of children usually done in pastels.  Girl Presenting Cherries can be seen in the Louvre, Paris. 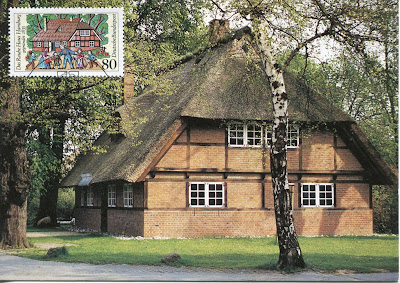 A charming house in Horn, Germany (now a suburb of Hamburg) which was the start of the Rauhe House Childrens Homes in 1833.  The Rauhe House was gifted to the founder Johann Hinrich Wichern who moved here with his wife and mother to look after poor boys, the homes later expanded to include all neglected children.
This building was the starting point of the diverse social and education activities of the Rauhe House homes. The children lived in 'families' of 12 to 15, a great contrast to the large institutions. 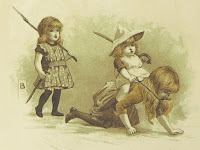 In the short cold days of early winter lets imagine the warmth of summer's day and the buzz of bees in a field of sunflowers.
or a bumble bee among the broom flowers with a couple of Clouded Yellow butterflies floating nearby attracted by red clover on the island of Alderney. 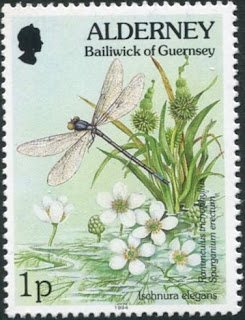 Stay by a still pond and watch a hyperactive Blue-tailed damselfly zooming around among water crowfoot and branched bur-reed.  The low values of these stamps sold out by 2001, the higher values would last until 2006.  The full set can be seen here
Head to west Africa to even warmer climes and find (1f )- the African Emperor Moth, Gonimbrascia hecate.  I don't know if it is day or night flying but would guess from being called Hecate it must be night. Coincidentally November 16th was Hecate's Night when she roams the earth with her hounds. A portion of bee's honey and mushrooms (Hecate's Supper) left on the step outside a home means she will bless the inhabitants. The next (2f) is a butterfly, Hamanumida Daedalus also called the guineafowl butterfly because of its colour and patterning.
I love catching sight of a glossy black beetle shining in the undergrowth but might get very excited if I saw something as patterned as this although unlikely as Sternotomis Virescens lives in Africa and feeds on the coffee plant.

If you prefer spots to stripes then here is another Longhorn beetle, Sternotomis Gama.  Lastly two beetles for the price of one franc, another Longhorn - Phosphorus virescens which apart from its sulphur-yellow pigment has yellow-green fluorescence, the perfect beetle for a stamp.  It is considered a pest because it bores into the stems of the cola plants.  Our striped friend is a flat-faced Longhorn beetle, Ceroplesis carabarica, its preference is coffee plants. 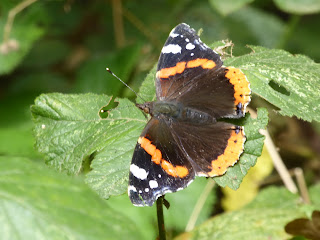 For Remembrance Sunday my first stamp has to be a poppy for many will be worn today. This stamp was the first of 3 poppy series that were issued to commemorate events in World War 1, in this case the Battle of the Somme.  Over recent years we have had many issues commemorating both world wars and events but I go back further in time
to the 19th Century and Guernsey's Royal Militia, a little bit of irony there for Guernsey fought for Parliament in the English Civil War.  There is a history of 800 years of a militia in the islands although the first recorded battle was not until 1338 predictably against their nearest neighbours, the French.  The militia were not paid and service was obligatory 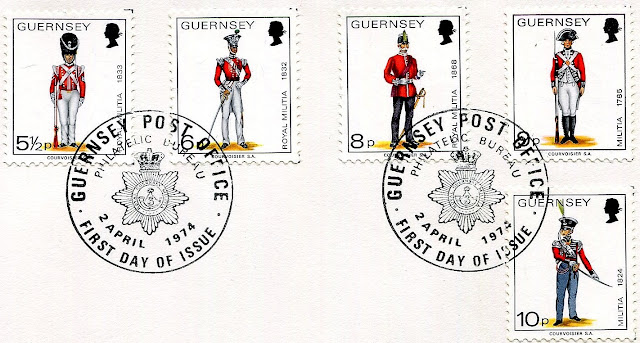 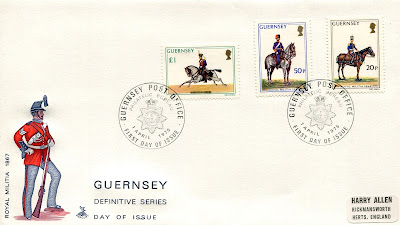 The £1 stamp is a Cavalry Trooper, Light Dragoons 1814, the next two feature the Field Battery of the Royal Guernsey Artillery showing - 50p an officer of 1868 and the 20p the Driver 1848.

The Military Uniforms definitive series ran from 1974 until 1980 although the 50p and £1 stamps were not withdrawn until 1981. 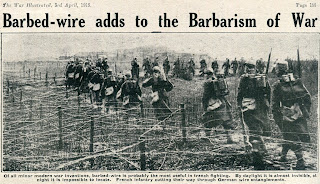 Sunday Stamps II theme this week is - Military, Remembrance - See It On A Postcard
Posted by Joy at 11:44 3 comments:

Time for a music concert.  Who would headline?   Would it be John Lennon
David Bowie
or Abba?  Always a joy to sing along to Abba perhaps you could do it with others
in a choir.
Can't make the venue?  Well put on a record like this Zoot suiter.  The Zoot suit culture arrived in Sweden from America via London in 1941 influenced by Cab Callaway, black style and swing jazz. It is considered Sweden's first working class subculture, in Swedish called Swingpjatt. As can be seen on the stamp  they wore their hair long with wide brimmed hats and padded shoulder jackets.