The US Post travelling at high speed towards us out of the stamp to celebrate a hundred years of the US postage stamp and the evolution of postal transport. The portraits chosen of Washington and Franklin were the same ones as used on those first stamps but of course Ben Franklin was also the first postmaster general who revolutionised the postal system and it may be said the country.  The artist is Leon Helgura(1889-1970) who a few years later would design the first stamp of the newly created United Nations (issued in 1951), I don't have any of those but the following year his design 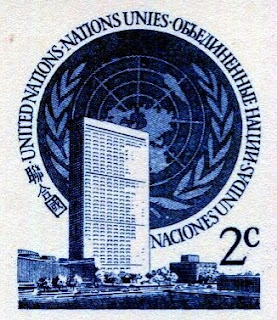 was chosen to be used on their prepaid postcards 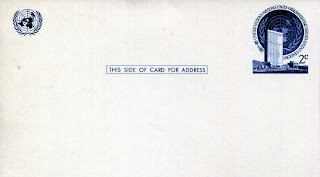 UNICEF train bringing hope to the children around the world.
The FDC also features Hans Erni's child and peace dove, the latter one of his favourite symbols. In his very long life (1909-2015) he produced every type of art and many stamps. At the age of 100 his 60m ceramic fresco was installed outside the entrance to the United Nations building in Geneva. The dove in this is a recurring theme but as far as I know no ungulates but they do feature quite a bit
on the United Nations series of stamps of endangered species. Here the hooves are being worn by a black rhino and the Arabian Oryx which share this set with a golden conure and a variegated langur, how nice that they also have a U in their name.  No camel postman this time
but if he was then that gun would protect the post in this stamp from the Upper Volta (present day Burkino Faso) 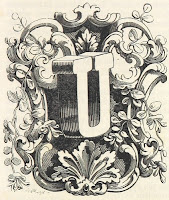 Sunday Stamps II prompt this week is the letter U - for United States, United Nations, UNICEF and ungulates - See It On A Postcard
Posted by Joy at 17:11 6 comments:

The last posting day for Christmas has passed, time for little Pingu to take a rest and get ready to open his own presents under the Christmas Tree. Does a tree fit into an igloo?
And how does one wrap "a partridge in a pear tree"?  The counting song 12 days of Christmas is a popular subject for stamps and New Zealand Post issued three stamps each showing one of the first three gifts sent by "my true love"
The Isle of Man went a step further and issued all 12 days in a set this year, easy to sing along with these in front of you. I show the partridge in the pear tree because I think it is so interesting to see how different artists interpret the same subject.
A beautiful starry night in Ireland unfortunately not one we are going to have here this year in these islands. Its been unremitting gloom - mist and rain - for ages, we are promised sunshine on Wednesday!  The artist is Frances Poskitt, best known for her botanical paintings so you get a lovely holly bush on the stamp. We have been to church through stamps so it is now time to sit down for Christmas dinner
the party hats are on so the crackers have been pulled
and Santa Claus is enjoying the day off on Christmas Island.  I wonder what he is going to eat?
It would be a shame to cut into this little Gingerbread House. The gingerbread makers name appears on each of this two stamp set and this one is a gingerbread farmhouse by Miceal de Haas (story here). 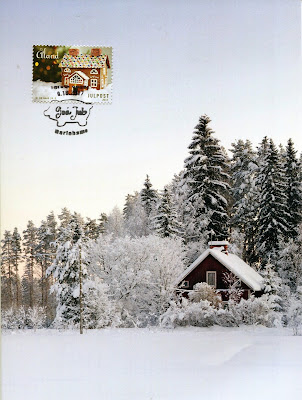 Åland Post wished me a Merry Christmas with this Maximum Card. What a perfect Christmas greeting.  It looks an idyllic place to spend the holidays. 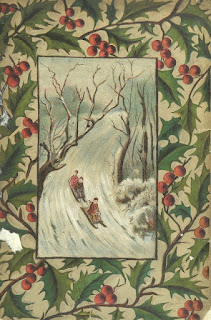 Taking it easy in front of a traditional roundhouse while the farmer tills his soil in the background
Another roundhouse makes an appearance in another set of stamps but this time the text highlights the fact that these are the traditional houses used by the Ngoni and Nyamwezi people.   As we are in Africa there will be lots of wildlife on stamps and
here is a pair of giraffe, or in the Swahili language twiga.  From long legs and necks and lovely markings the magnificent
tusks and trunks of the elephant come next, one African and one Asian. 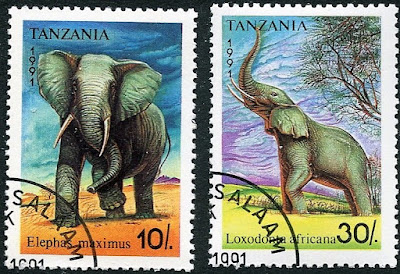 as these are too.
Both animals protected but the panda remarkably is having a better time than the african elephant.  Once there were vast herds of elephants in Tanzania, Africa's largest population, but this makes it irresistible to the ivory poacher and the population has declined by 60%.
More animals but this time a proud Temple Guardian.  When it was formed the AOPU's headquarters were in Manila and I wonder if the stamp features one of its temples. 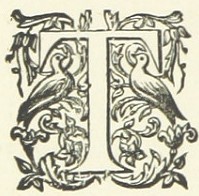 Sunday Stamps II prompt this week is T - for Tanzania, Thailand, Traditional, Twiga, Tusks and Trunks - See It On A Postcard

The Varne catastrophe occurred in the English Channel in 1971 - it was the equivalent of a multiple pile up on the motorway.  The 6 mile long Varne sandbank in the Straits of Dover and ship navigators inability to interpret the warning buoys in one of the busiest shipping lanes in the world was a deadly combination.  As a result of the disaster a new and uniform buoyage system was introduced into Northwestern Europe in 1977 and then the rest of Europe, Africa and Australia completed the switch by 1983. Sweden commemorated the occasion by issuing a booklet of stamps (the FDC has tried to keep the booklet shape as can be seen by the joined stamps).  The stamp designer was the illustrator, calligrapher and writer 'Bertil Kulien (1919-2012) painter of the Swedish and Greek archipelagos, they were engraved by Martin Mörck 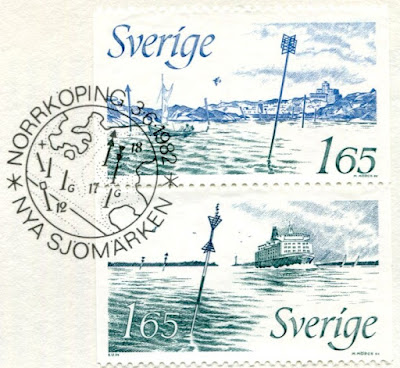 Here is a "know your buoys" for all landlubbers like me. At the top - Lateral (side) marks in the narrow Albrektssunds Canal; bottom - Cardinal (quarter marks) with Viking Line's Sally approaching in the Furusunds passage 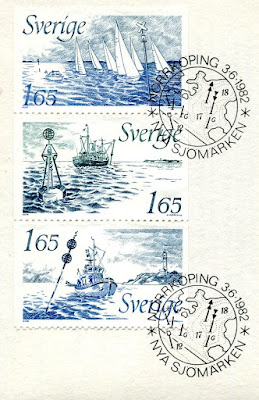 From the top down - Special mark for a race track ; Safe water mark and the ship 'Malmo' at Ven Island in Oresund; Isolated danger mark and pilot boat at the Skagsudde lighthouse.

I enjoy marine paintings and it is always interesting to see how various artists deal with the challenge of portraying sea swells
and here is a master at work, the 17th Century Dutch artist Willem Van de Velde and his 'Marine with Shipping'.
but sometimes just a few wavy lines will do very nicely.
A calm day in 1935 for the tugboat TS McEwen to tow the Union-Castle Line's Winchester Castle in its iconic lavender-hulled colours. The South African Railway and Harbour Administration's tug  TS McEwan was named after a former General Manager of the Cape Railways but was sometimes called the Smoky Sue because of the amount of smoke put out by her coal boilers.
The underwater light as portrayed by AH (Barry) Barrett as South Africa's first submarine, the Maria van Riebeeck glides through the water.

Time to dock in a safe harbour
and take a trip
to the beach, watch the ships go and feel the sand beneath your feet or if you yearn for vast expanses of sand then
take a ride on one of the ships of the desert with the postman. 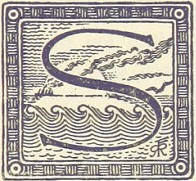 Sunday Stamps II prompt of the Letter S - for Ships, Singapore, South Africa, Sudan and Sweden - sail over to See It On A Postcard

On your marks
Get Set
Go...  Above is a relay race at the Physical Culture Festival one of the other stamps of the set features grenade throwing, something that doesn't seem to have caught on at the Olympic Games
where one might enjoy something more peaceful like rowing shown on this commemorative sheet produced in anticipation of the 22nd Olympic Games in Moscow.  The designer Nikolni Litvinov and his fellow artist Ivan Sushchenko designed a whole series of stamps representing all the Olympic sports.

I wonder how we are going to get to the games?  My choice would be by rail
so lets travel through time with the 1978 'History of Russian Locomotives' series designed by Nicolai Kolesnikov.  The Cherepanovs were a father and son who built the first Russian steam locomotive.
I'd love to know what the background images are but one thing is sure, Russia has some spectacular railway stations.
After the trip on the rails lets journey to Romania
and head for the hills in an area where the sure footed chamois roam in the Retezat National Park an area called a "hikers dreamland" with its high peaks and glacial lakes.
Apart from seeing the chamois or to give it its latin name, Rupicapra Rupicapra, maybe there will be a red squirrel scampering up a tree.
But for a bird watching delight then Rwanda with over 600 species would be a stunning destination. Here the Belgian artist Jean Van Noten (1903-1982) blesses us with a Red Bishop, a weaver bird. 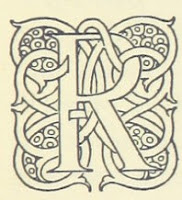 The Sunday Stamps II prompt this week is R - for Romania, Russia, Rwanda, Running, Rowing, Railway, Retezat, Rupricapra and Red rush over for more See It on A Postcard.
Posted by Joy at 11:20 8 comments: