Where once the airplanes and roaring trucks would drown out a birds song now in these lockdown days their songs fill the air.  The stamp has the not so snappy title of  - 'Prudence in the urbanisation and fight against litter dumping' but of course the picture says it all.
Taking to the seas and the Long-tailed skuas which are the smallest of the skua family and always on the move.
The stamp is postmarked Ammassalik, an island off the south east coast of Greenland, it is where the much celebrated Greenlandic stamp designer Jens Rosing (1925-2008) grew up.  The transport links on and off the island are by boat or helicopter.  I wonder which mode of transport
the post takes.
It would be nice to land in a fjord in a seaplane and in keeping with my vaguely avian theme it is called The Tern.  As post bags are moved onto the wing past the propeller then
we arrive at the jet age in Switzerland but still with postbags on a trolley.
In the 21st Century these large aluminum aircraft 'pods' on trailers are pulled by specialist Jersey Post vehicles.  Once the mail has been security scanned it is loaded directly onto Atlantic Airlines Lockheed Electra aircraft.  Bulk mail is sent by sea. 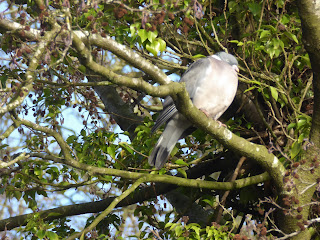 Incredible to see all the images and videos of nature adapting to us humans being less active.

And incredible (not to mention sad) to see the impact of the pandemic on international mail delivery.

Your stamps are apt for today's (hopefully temporary) world.

The first stamp and its title have impressed me.

I am hoping to hear even more birdsong now with all the construction on hold around me.
Those guys on the seaplane must have very good balance!

Such a beautiful collection of stamps!

I love them all, being the first one my favourite, because of the story telling - even though it makes sad, as we've seen a lot of nature disappear. And it makes me think of the animation movie of little Mole (Krtek), from the sixties tv but still available on youtube.
On the other hand, we are part of this urbanization/industralisation and it is hard to give up our present way of (consuming) living, I'm afraid.

Thank you for sharing all of these beautiful stamps!

That Greenland maxi card is great but then I like all bird stamps.