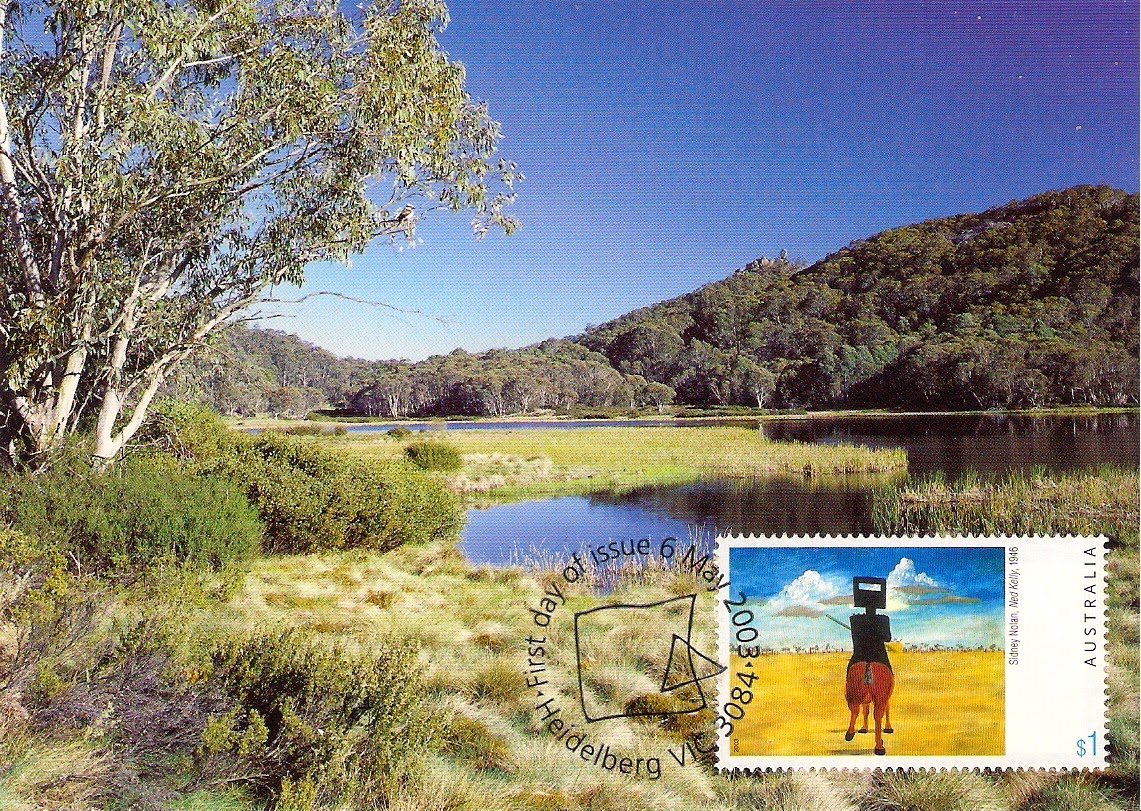 There is a full tourist industry surrounding the story of  Ned Kelly and the postcard shows Kelly Country  in North-Eastern Victoria.  Whether one considers him a villain or a folk hero he is part of the psyche of Australia as a battle against the establishment and colonialism.  His life and death has inspired  many artistic works such as Peter Carey's novel The True History of the Kelly Gang and famously Australia's greatest artist Sidney Nolan (1917-1992) produced a whole series of painting on Ned Kelly in 1946 and 1947 which are the best known and loved of his work. 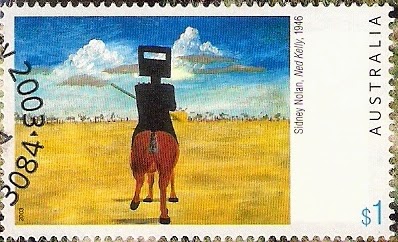 The stamp shows one painted in 1946 showing a defiant Kelly in his  home-made plate armour, master of his domain and riding his horse into a wide deserted landscape.  The armour could protect him from bullets but not his capture and ultimately his hanging in Melbourne.  The series of  Nolan's 26 paintings today hang in a gallery specially built for them in the National Gallery of Australia.

This is an entry to Viridian Postcard's Sunday Stamps on the theme of Art, a subject which started the meme way back in January 2011. Incredible that there have now been 200 wonderful opportunities to talk about stamps and 'meet' people across the world. All is not lost because the baton has been taken up by Violet Sky.  See you all next week on - See it on a Postcard.,

I'm posting this early because I'm away carrying Christmas parcels south, hopefully I'll manage to link up on my return.

Ned Kelly did seem to be a law unto himself!

We in the USA are mostly unaware of Ned Kelly. Must go off and google him.
Thank for being a constant contributor over the years!
Viridian

I didn't know the story of Ned Kelly at all, so to me it's interesting to know he has become such an important person in Australia.
I like the colourful stamp, thank you for sharing!

Thank goodness they didn't put Mick Jagger's Kelly on a stamp.
Like this.