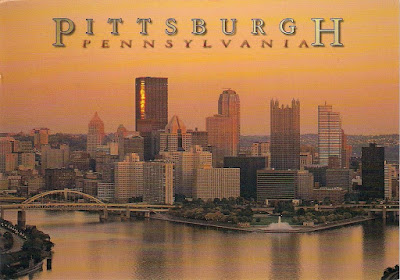 A wonderful skyline sunset. The confluence of the Allegheny and Monogahela river meet here to form the Ohio River.  The card has a description which probably says it all.

My sender tells me that "The Point, where you see the fountain is a great summer escape in my city. Sometimes there are free concerts out there"  How wonderful on a summers evening by the river.

One of Pittsburgh's nicknames is Steel City and appropriately it is twinned with Sheffield in the UK, both cities grew prosperous on steel and with the decline in that industry have had to diversify, Pittsburgh into amongst other things high technology and health care, both have reinvented themselves.

The card came with a nice selection of stamps 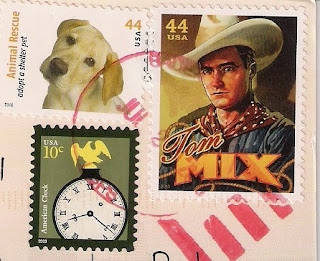 I will start at the bottom so I can go 'clockwise':-)


Thank you Bonnie Jeanne for this evening view.