If when browsing some Channel Island stamps a few weeks ago I had purchased Jersey's Magna Carta issue featuring one word, this week's Sunday Stamps II theme would have been a breeze. As I didn't there was a long browse through my collection of stamps, although because I have very few Brazilian stamps I  remembered the one above.  Where would we all have been without learning our ABC?  I always remember singing it at school, perhaps they do the same in Brazil. The stamp was issued in 2005 for Teacher's Day.  Maybe some of the pupils dream of becoming engineers 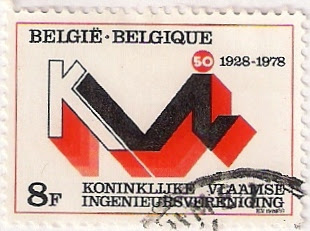 and this stamp celebrates the 50th Anniversary of the Royal Flemish Association of Engineers, the KVIV. It was designed by someone whose surname I imagine took him a long time to write when he was learning his ABC - Emile Vandemeulebroucke.  Of course engineers need their mathematics so lets turn to numbers 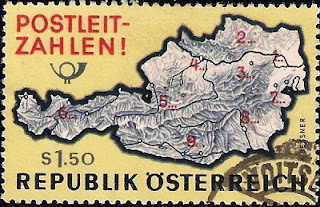 and the ones use for post codes. This stamp was issued in 1966 for Austria's introduction of the Postal Code System and shows a postal zone map.  They use a four figure number, the first (the one shown on the stamp) is the geographic delivery area (1 being for Vienna etc).  The full set of numbers would also include a second number for the routing area, the third is the route the mail takes by truck or train and the fourth the post office outlet and the routing city. 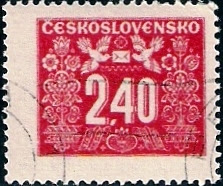 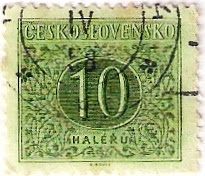 1954 by this design.  They used two of their great stamp engravers for these intricate designs, Bohan Roule (1921-1960) for this and 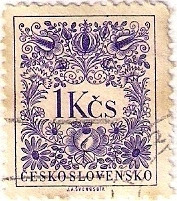 Jiri Antonin Svengsbir (1921-1983) for the higher values.  I'm counting the area around the number as decoration to get round the "no pictures" guideline. Yikes don't mention the map otherwise I would not have been able to make an (unintentional) ABC of countries.

I like the old stamps. I have published also a vintage one from the Netherlands. It wasn't an easy theme today, quite challenging!

I really like the Czechoslovakian stamps - especially the purple one. It reminds me of Turkish tile designs.
And I'm glad you pointed out the KVIV in the Belgian one - I thought at first that it was a graph following the K!

Really great finds, and that KVIV design is just weird.

THe BRazilian one is a jolly one, I love the colours. Also the others are great findings!

Now I'm having to look at my Czech stamps again. I have the last one you've shown and one that contains numbers rather like the one from Austria.