Everyones Gone to the Moon

The Isle of Man chose for one of the significant headlines of recent history the moon landing of July 1969 from The Times which was celebrating its 225th anniversary in 2013.  The pictures look very crisp on the stamp but for those of us that were watching in 1969 one of the abiding memories is of the very grainy black and white pictures beamed from the moon to television sets around the world.
Although one sees stunning and awe inspiring photographs from the space today the excitement of the moon landings grainy images still stay with me. 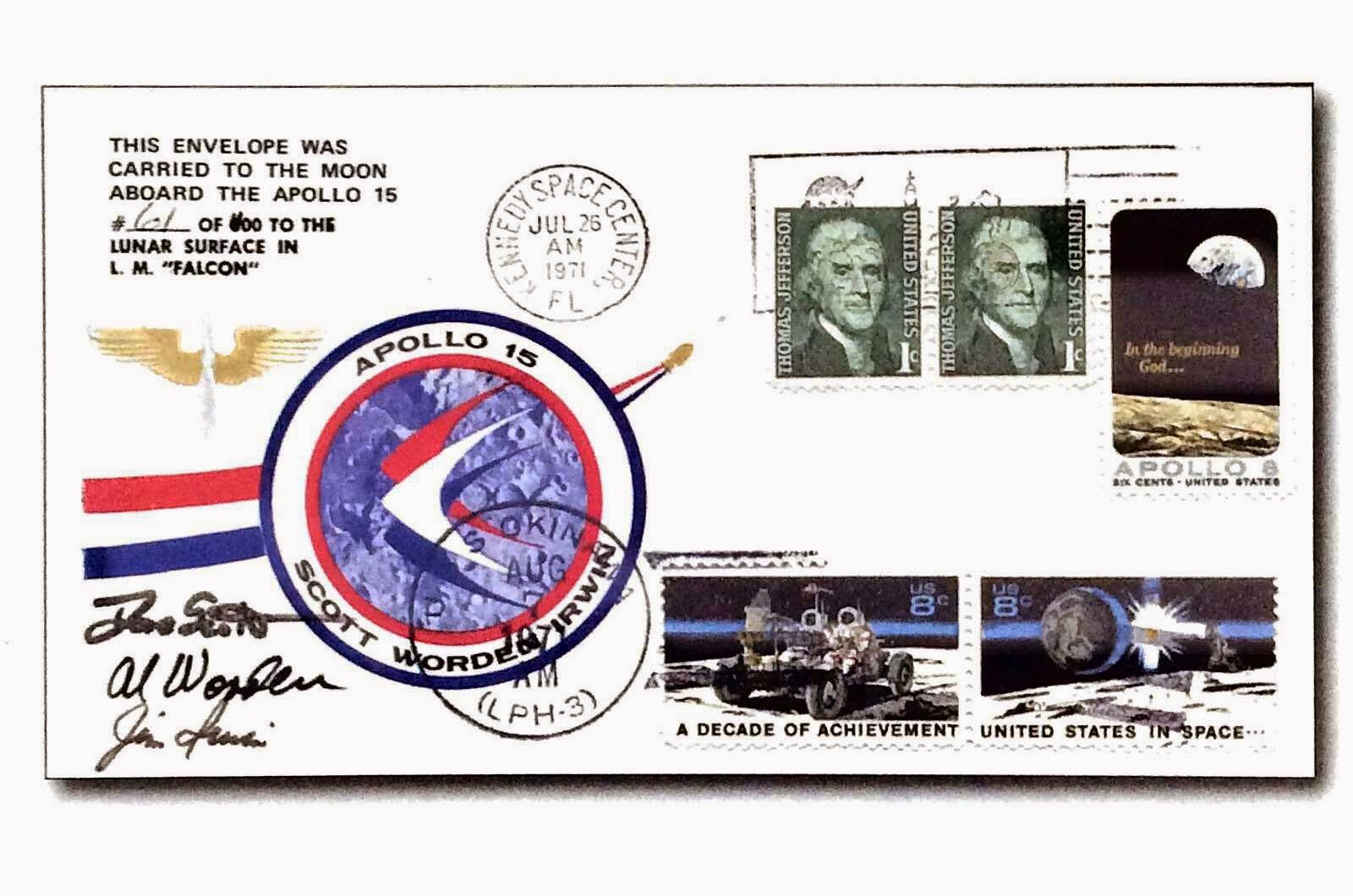 By the time of Apollo 15 I was dreaming of bases on the moon as was Gerry Anderson who picked the likely year for his television series - Space 1999.  Similarly the 'envelope' above is in reality a postcard of the actual cover taken by the astronauts to the moon it was all a bit of a mirage.  I wonder who will ultimately set up that base on the moon?


An entry to Sunday Stamps II theme of Time of Exploration Space hosted by Violet Sky here
Posted by Joy at 11:21

Great selection. The Isle of Man one is intriguing - it didn't even look like a stamp at first glance, the design camouflages the price and crown dependency name so well.

I was disappointed when the envelope turned out to be a postcard. Not bad as a postcard but what would the envelope have been worth.
Now you have to subscribe to the Times website to read that original report. Murdoch rules!

The first one is really amazing.

I understand the last one is a reproduction, but isn't it cool? I would never see a real one I am sure.

The first one is an interesting blend of news, space and post.
And I agree about those grainy black and white images. They seem more real than these seemingly photoshopped impossibly crisp images.