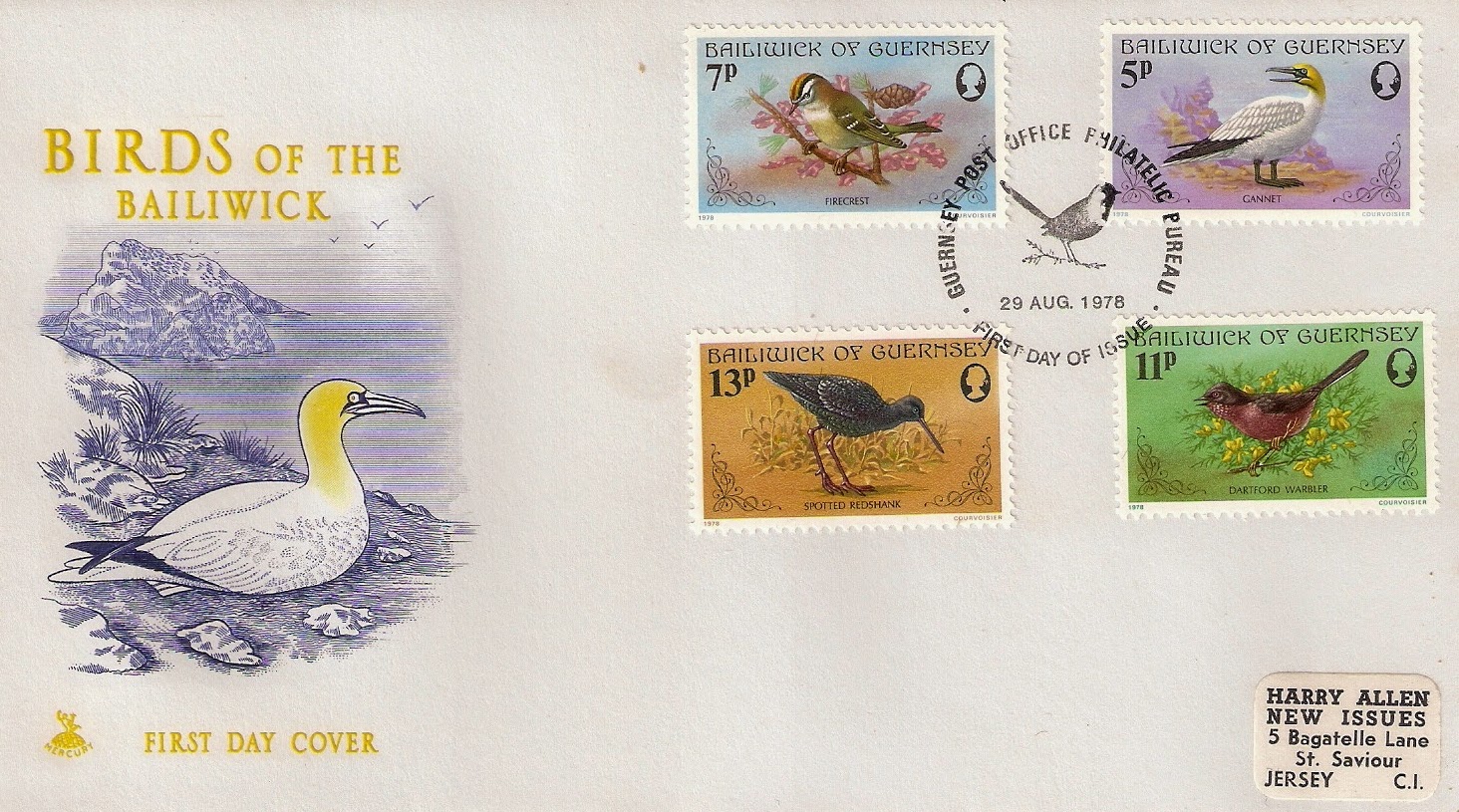 Guernsey and its smaller islands (the bailiwick) has about 80 breeding species of birds but its location in the Gulf of St Malo means that it has many visitors and upwards of 200 species are recorded in the Channel Islands every year.

7p Firecrest of which it was discovered when they did a count that Guernsey has more breeding pairs than those in England.  This pretty little bird is popular with Guernsey post because it has made another appearance on a more recent issue.
5p Gannet, having a squawk on the stamp but sitting peacefully on the FDC
11p Dartford Warbler - a bird of heathland which is shown perched on a gorse bush
13p Spotted Redshank

With such a diversity of habitats in a small area and perhaps the prospect of a paddle in a sea kayak to spot the puffins I imagine the Bailiwick is the perfect place for a birding holiday.  The Fat Birder says of the Channel Islands visitors

"The Channel Islands are a huge motorway cafe for migrating and over wintering birds. Falls of birds occur during the spring and autumn migrations and during hard winter weather huge movements of birds pass through when they are escaping frozen conditions on mainland Europe and Britain".

I like the style and colours of these stamps.

Super. We get a Firecrest in our garden once or twice a year. Such a little bird.

I didn't realise the Channels Islands were such an important place for birds. Pretty stamps!

Lovely stamps, it's easy to see how birds make such a popular thematic.

Nice looking FDC. (I even like the tiny address label that doesn't distract from the stamps!)

...and thanks for that link to the Fat Birder - so much information on everything you need to know!!!